Runestad calls on Whitmer to prioritize vaccines for the most vulnerable

Runestad calls on Whitmer to prioritize vaccines for the most vulnerable

LANSING, Mich. — Michigan Senate Finance Committee Chairman Sen. Jim Runestad made the following statement in the Senate Thursday, calling on Gov. Gretchen Whitmer to prioritize vaccines for the most vulnerable instead of prioritizing them based on social factors:

“It’s been nearly a year now that Michiganders have suffered through the COVID-19 virus, its impact and the government shutdowns.

“Thankfully, in the early winter came the approval of vaccines, and now folks are going to be protected against this deadly virus. Maybe — just maybe — life can start to get back to normal soon.

“Distributing the vaccine should have been a great win for our state, for our people and especially for our most vulnerable. But in time, we’ve seen less win, and more mismanagement.

“In November I called on the governor and the administration to give our most vulnerable populations the vaccine first. This idea wasn’t controversial. In fact, it was just common sense.

“The analysis of data from the Centers for Disease Control and Prevention provides clear evidence that the deaths of people aged 65 and older account for 80% of all COVID-19 deaths nationally.

“On Jan. 29, the Michigan Department of Health and Human Services released their vaccine allocation plan. In it we find that the administration has been allocating vaccines to counties, at least in part, using a ‘social vulnerability index.’

“What is a social vulnerability index? According to Michigan.gov, ‘the SVI assesses the extent that 15 known vulnerabilities, or indicators, are present within a community.’ According to the Department of Health and Human Services, ‘the SVI indicators help to prioritize distribution of scarce resources such as COVID-19 testing sites and vaccinations.’

“Now what are some of these indicators that are helping to determine whether your county gets enough vaccines or not? They are your county’s unemployment rate, housing types and percentage of minority status.

“Instead of distributing vaccines by population to include those in the county who are in the priority grouping — being over 65 and having an underlying medical condition or being vulnerable to COVID-19 — the administration is using a social factors matrix to allocate vaccines.

“These factors have essentially limited the effectiveness of the prioritization schedule and created inequity across the state, so that in some counties there is not enough vaccine being distributed to vaccinate the very first priority groups, which includes health care workers, long-term care residents and first responders.

“Meanwhile, seniors continue to die every single day from the virus. I hear from constituents every day asking for help. They qualify for vaccine based on priority, but the vaccines are not available.

“Is this being exacerbated by an unfair distribution model, where some counties are being given a higher percentage of the vaccines because of irrelevant social factors that have no bearing on COVID-19 vulnerability?

“Let me be clear: This is a life-and-death issue. This is not a partisan issue. Warren Evans, the Democrat county executive of Wayne County, recently said of the rollout, ‘It doesn’t seem fair, and it doesn’t seem that they’re being candid in explaining the formula.’

“Mark Hackel, the Democrat county executive of Macomb County, told WXYZ that the state’s vaccination efforts are leaving the most vulnerable behind: ‘If I could say all of our doses are going to be targeted towards seniors I would do that, but unfortunately the state won’t allow me to do that.’

“The fact is, if you are over the age of 65 and you live in the Wayne suburbs, or Oakland or Macomb, you are two to three times less likely to be able to get vaccinated than if you live in Kalamazoo, Washtenaw or Detroit. The number of people per thousand who are able to access the vaccine in Washtenaw is 237, or about one out of every four people, while in Macomb, it is only 90 per 1,000 people, or fewer than one in 10. Are the factors of contracting and dying from COVID-19 that much higher in Washtenaw than in Macomb?

“What we’re seeing is what happens when you let politicians — not common sense — guide decisions about people’s health.

“When focused on the factors for prioritization of both vaccine accessibility and vaccine distribution, we should be looking at the ones that are the most critical in terms of immediate health outcomes of this virus, straight and simple. Other factors may have some long-term considerations but are not as immediately tied to death.

“Life and death — that’s what we should be considering when distributing this vaccine.

“We can, and we should, do better. That starts with righting this wrong and sticking up for our most vulnerable.” 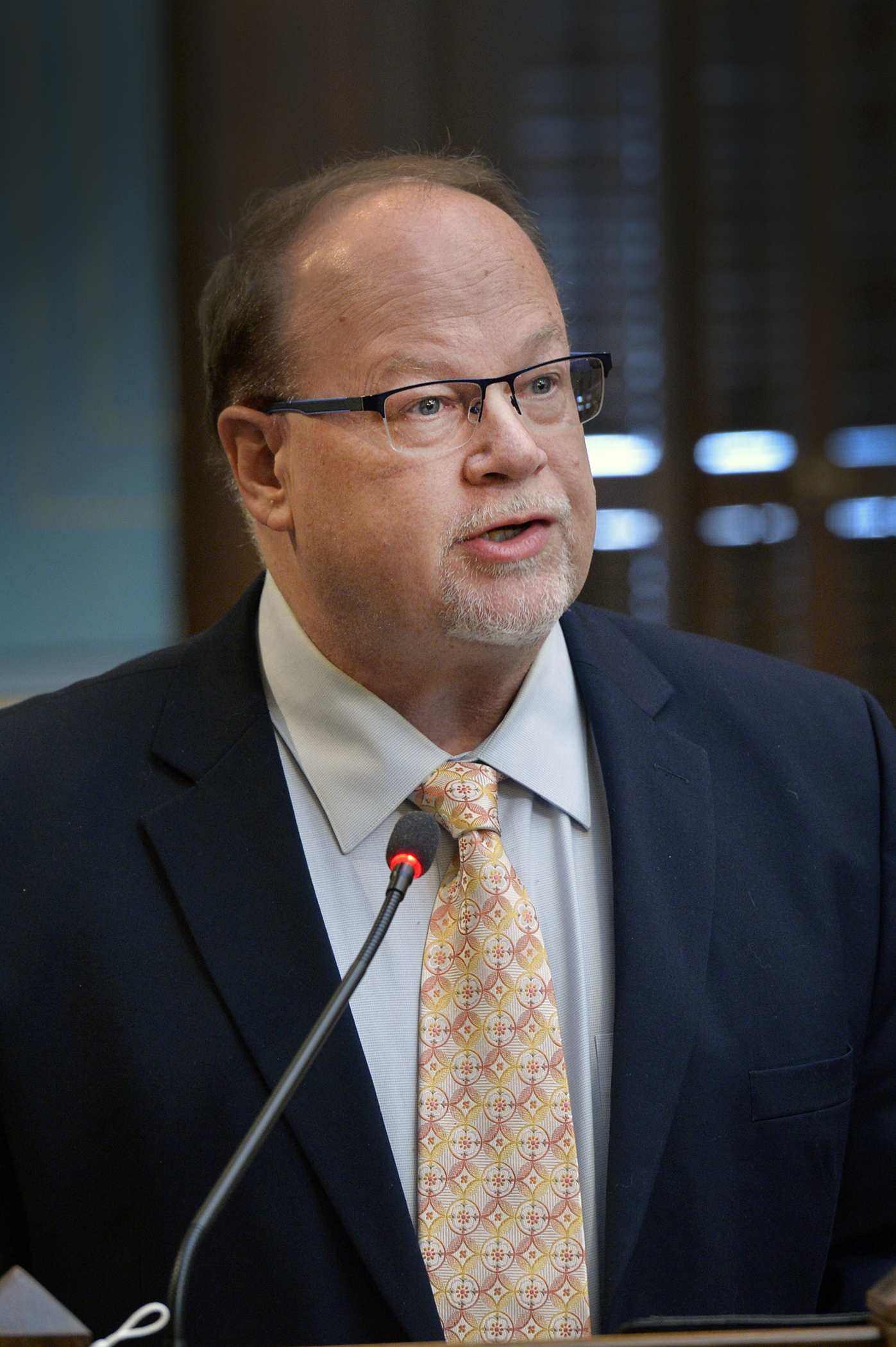 Note: For print-quality versions of this or other Runestad photos, click the image or select Photos under the In the News tab, above. Video is available here.