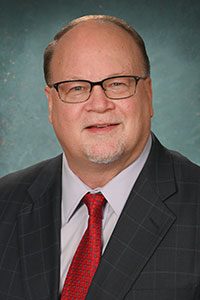 Promises matter and it is important that they are kept. Many police officers, firefighters, public school employees, and thousands of other public employees count on the promise of their pension to provide for them in retirement.

That is why I have proposed legislation to protect Michigan public pensions from politically motivated investing strategies.

Senate Bill 1192 would amend the Public Employee Retirement System Investment Act to require that only pecuniary factors, such as risk or return on investment, funding objectives and others, be considered in the evaluation of investments — and that any noneconomic, nonfinancial, social, political, or ideological objectives not be considered. The bill recently was pushed forward by the Senate Committee on Finance.

I introduced the bill after the Michigan State University Board of Trustees removed a resolution from its meeting agenda that would have called on companies doing business with the university to oppose the Secure MI Vote ballot initiative.

The board was right to remove it. Unfortunately, this idea continues to become all too common. Progressive activism has taken hold of corporate boardrooms and public institutions across the country and the results have been disastrous.

Because of politically motivated investing, California has left $3.6 billion in forgone investment returns on the table and has the largest unfunded pension liabilities in the country. This means that California is breaking promises made to police officers, firefighters, public school employees, and thousands of other public employees. Retirement benefits are not fully funded and, when investment returns come up short, it’s taxpayers who must foot the bill.

Politically motivated investing is often cloaked in ubiquitous and politically correct terms such as ESG investing. What is it anyway? The acronym stands for environmental, social and governance. Beyond that, the answer really depends on who you ask — and that’s a huge problem.

Michigan can’t become the California of the Midwest. Since 1996, our state has led the way on sound pension reform.

In 1996, former Gov. John Engler’s office estimated that the promised pension benefits would bankrupt these retirement systems and create massive taxpayer burdens. Reform was absolutely necessary. New hires were enrolled in the Michigan State Employees’ Retirement System, MSERS, defined contribution plan, like a 401(k) in the private sector. These reforms also closed the traditional pension plan and offered current employees a buyout if they were willing to switch from the traditional pension to the defined contribution plan.

These reforms helped keep the promise of fully funded retirement for public employees and saved taxpayers billions of dollars in unfunded liabilities.

In 2017, Michigan did it again with Public Act 92, which reformed the Michigan Public School Employees’ Retirement System, MPSERS. New public school employee hires are now automatically enrolled in a 401(k) with access to annuities but have the option to enroll in a defined benefit plan where costs are split 50-50 between public employees and taxpayers.

Michigan must continue leading on pension protection and stand against those who would gamble with public money by playing political roulette with their preferred personal ideologies.