Senate Joint Resolution G would clearly define in the Michigan Constitution that electronic data and communications are property and are exempt from search and seizure without a warrant.

“We all understand that privacy is a core essential value embraced in our United States Constitution and echoed in our Michigan Constitution, recognizing that citizens in a republic require privacy in their ‘persons, houses, papers, and effects,’” said Runestad, R-White Lake. “Today, most of our papers are in electronic form but are no less sensitive and have the right to be protected.”

The U.S. Supreme Court has held that law enforcement must obtain a warrant to search emails and cell phones seized during arrest.

Runestad said that many of the privacy court case judgments narrowly defend privacy protections and that this issue will continue to be litigated with each new technology and circumstance.

“That is why we need to establish a broad constitutional protection,” he said. “The intent of SJR G is to provide clarity in the law that regardless of method of collection, device used or method of storing information, a search warrant is required to obtain access to our electronic papers and communications.”

Runestad introduced the same resolution in the state House in 2016 and again in 2017 with 107 supporting votes both times, and he said it is likely to be supported overwhelmingly by Michigan residents if placed on the ballot.

The lawmaker also mentioned that a similar law in the state of Missouri is working as intended.

“Missouri adopted this protection on the state’s August 2014 ballot with 75% approval by the voters,” Runestad said. “The attorney general’s office in Missouri and the Missouri Association of Prosecuting Attorneys have both concluded that no issues have arisen from the passage of this amendment.”

Most recently, New Hampshire placed this amendment on the ballot and it passed with 81% voter approval.

“Americans shouldn’t be forced to choose between using new technologies and protecting their privacy,” Runestad said. “It is long past time that our state extends the same basic protections to our electronic data that have existed for our paper data for centuries”

SJR G now heads to the House of Representatives. If the House approves the resolution by a two-thirds margin, it will be placed on the next statewide general election ballot. 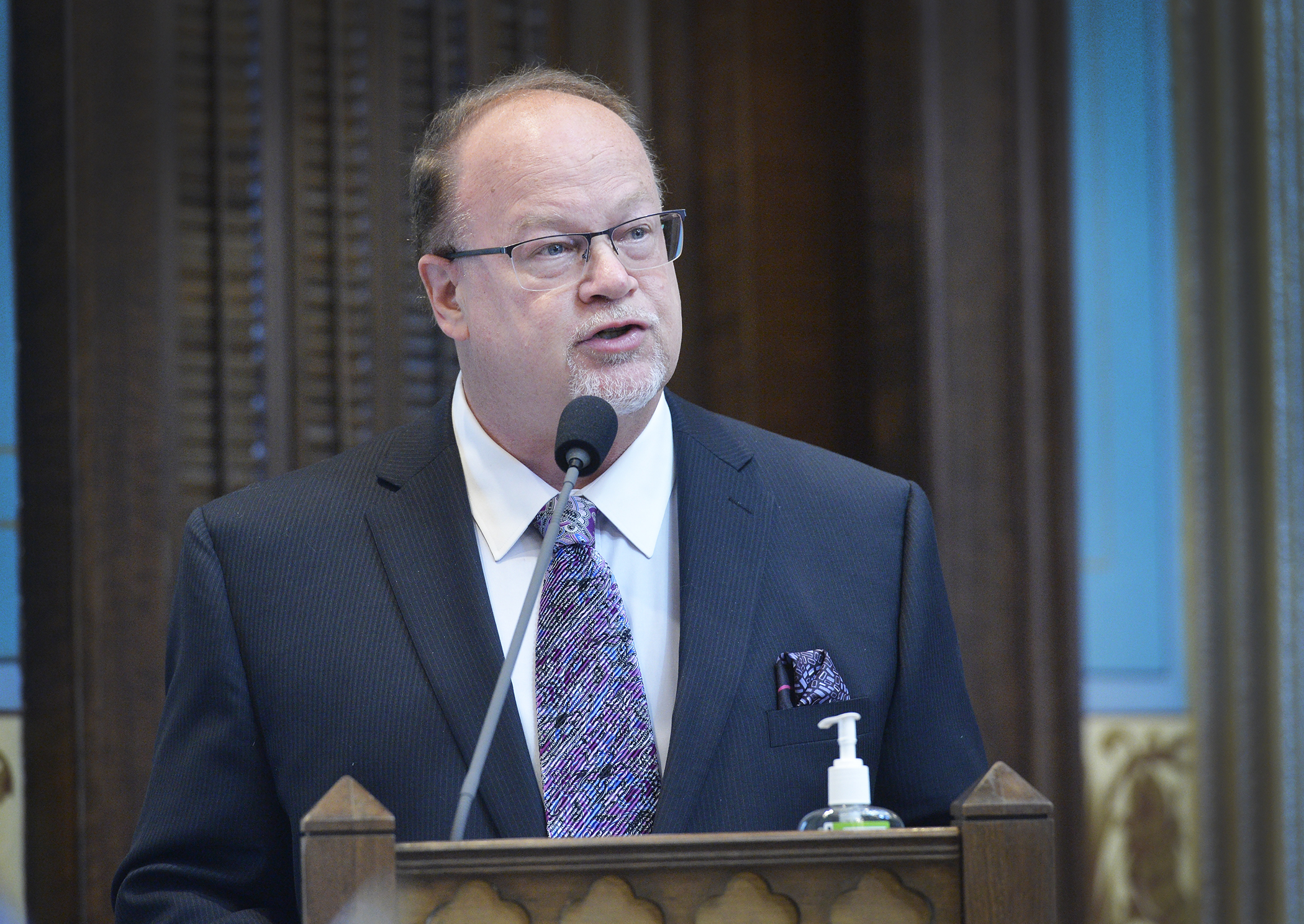 Note: For a print-quality version of this photo or others of Runestad, click the image or select Photos under the In the News tab, above.