LANSING, Mich. — Sen. Jim Runestad on Thursday testified before the Senate Committee on Health Policy and Human Services on his bill that would address the disturbing trend of the increasing suicide rate in the state.

Senate Bill 228 would create a commission to study the causes and underlying factors of suicide in Michigan.

“There are facts surrounding suicide that challenge a lot of our assumptions about this epidemic,” said Runestad, R-White Lake. “We need to gather data to turn things around. That is why I introduced Senate Bill 228. The commission will bring together state resources to compile data and develop a statewide action plan.”

According to the U.S. Centers for Disease Control and Prevention, Michigan’s suicide rate increased by 32.9 percent from 1999 to 2016.

SB 228 would create the Suicide Prevention Commission within the Legislative Council. The 25-member commission would consist of unpaid members who would study the causes and underlying factors related to suicide and provide recommendations for state coordination on suicide prevention data collection and a coordinated state approach to the prevention of suicide. The committee would dissolve in 2026.

Under the bill, the commission would:
• Work with state departments and agencies and nonprofit organizations to study the causes and possible underlying factors of suicide in Michigan;
• By Jan. 1, 2020, prepare and present a report of its findings and recommendation to the Legislature;
• By June 1, 2021, prepare and present to the Legislature any updates to the report;
• Annually review and update any recommendations; and
• Provide recommendations for state coordination on suicide prevention data collection and a coordinated state approach to the prevention of suicide.

“Suicide is the second leading cause of death among 10- to 34-year-olds nationally; it is a public health crisis,” Runestad said. “Since there currently is no coordinated effort in the state to understand the risk factors, underlying causes and changing trends in suicide across demographics, we need to join other states that have created suicide prevention commissions that help get to the root causes of the crisis.” 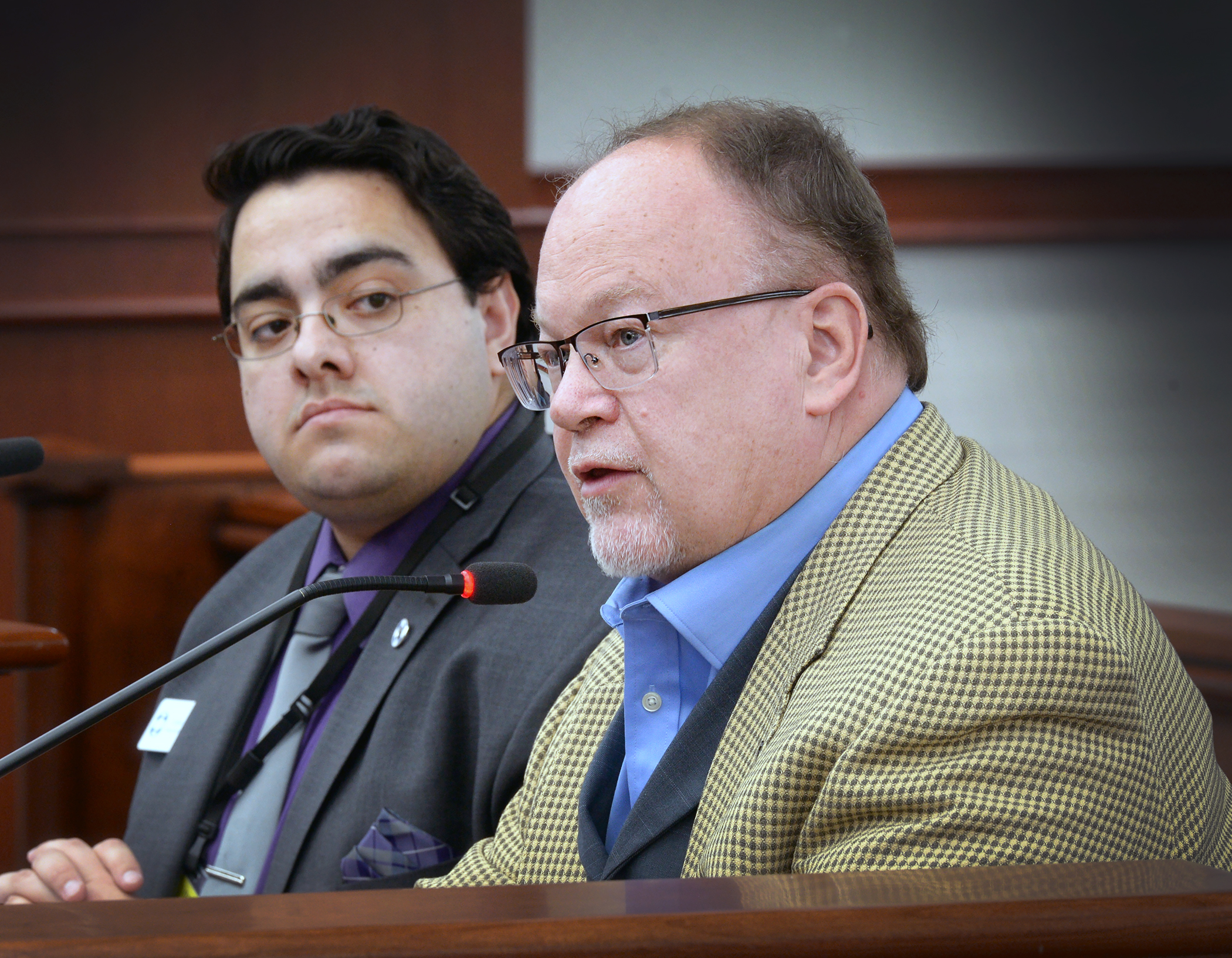 Note: For a print-quality version of this or other Runestad photos, click the image or select Photos under the In the News tab, above. Video of Runestad’s testimony is available at www.SenatorJimRunestad.com/video.

Photo caption: Sen. Jim Runestad R-White Lake, (right), along with Corbin Standley with the American Foundation for Suicide Prevention, testified on Thursday before the Senate Committee on Health Policy and Human Services on Senate Bill 228, Runestad’s bill that would create a commission to study the causes and underlying factors of suicide in Michigan.